TOWARDS A PROGRAMMABLE ECONOMY BASED ON BLOCKCHAIN TECHNOLOGY 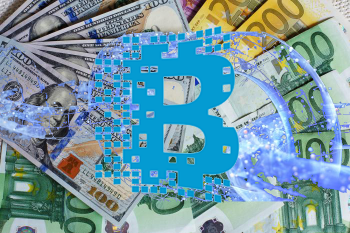 Current monetary systems are characterized by their centralization. There is a central authority that controls official currency, regulates financial institutions and in one way or another establishes the lines of action of the economy. But it is proven that this control is never a full control, which with the advance of technology and communication is becoming increasingly disastrous for current economic models that become increasingly unpredictable.

This is due to several factors, money in general is very difficult to monitor, the banking system that acts as a mediator between users and the central bank is sometimes disorganized, and the banking system itself has its own failures as we have seen in Spain in recent times. This type of centralized systems with lack of monitoring have not been able to anticipate events at an economic level such as the 2008 crisis, for example, and others of lesser significance, but equally predictable with greater monitoring such as the bankruptcy of certain large companies. In addition to this, the shortcomings of an enormously large system, increasingly complex and prone to failures, have to be regulated by a single central authority that must make decisions often conditioned by time and knowledge. There are no self-correcting mechanisms, which leaves at the mercy of the initiative of a set of entities the correction of trends that can be harmful.

Apart from all this, the current centralized economies have obsolete controls since most of the data is not obtained in real time. Even these data are not entirely accurate, since in most cases it is a sampling of the total data. An example of this is the Active Population Survey conducted by the National Statistics Institute of Spain. This survey is done using a methodology from 2005. There is no current technological system that has not been updated (a few times) in the last 15 years. This survey, of great importance for the Spanish national economy, is done on a base of 65,000 families, that is, about 160,000 people. Again, it is not exact data, it is a sampling, as in many other cases.

Faced with this, in recent years the proposals on the development of a programmable economy have begun to appear, which from my point of view will be as necessary as inevitable in the coming years if we want to reach a really effective, accurate and beneficial economic system for the society.

In an environment based on programmable economy, the central authority does not disappear, it is a facilitator of the flow of information and a direct beneficiary of it. In such an environment, precise calculations could be made on the influence of certain measures on GDP or simulations that could lead to conclusions and have a proactive attitude towards the economy and not reactive as it is today . That is to say, at present the economic authorities respond to data that shows consequences, but rarely and with enormous difficulty they act proactively because they do not have reasonable control based on data taken.

The application of the concepts related to blockchain and programmable economy will make possible to transform a complete economy into a single entity with several stakeholders acting as independent points of interaction that will provide data that will feed the system. These stakeholders will be the people themselves with their data, companies, transactions, etc.

An infrastructure such as the one proposed will have the capacity to simulate a real economic environment based on the amount of data it receives and using machine learning and IoT techniques applied, usually in real time. This will allow the development of networks and algorithms focused on certain data with direct effects on the economy, and modify them when necessary, properly managing the behavior of the main parameters and promoting the appearance of self-correcting mechanisms that do not require any intervention.

The advantages of such systems based on the use of blockchain are big. Its decentralized character makes it immune to single points of failure. It is endowed with high security due to its decentralized nature. It works with data collected in real time, so it is a type of economy capable of applying proactive and non-reactive measures to itself. It will allow to implement and correlate at once several types of economic activities and establish the link between them in real economic contexts. The incorporation of IoT and machine-based taxes will be possible, allowing a much more fair and balanced taxation system for activities and people. Finally, as mentioned above, this type of programmable economy opens the door to the world of simulations, where you can experience in real time through simulations with complete scenarios, the impact of certain political and / or economic measures before they are really applied to be able to assess their consequences in advance.